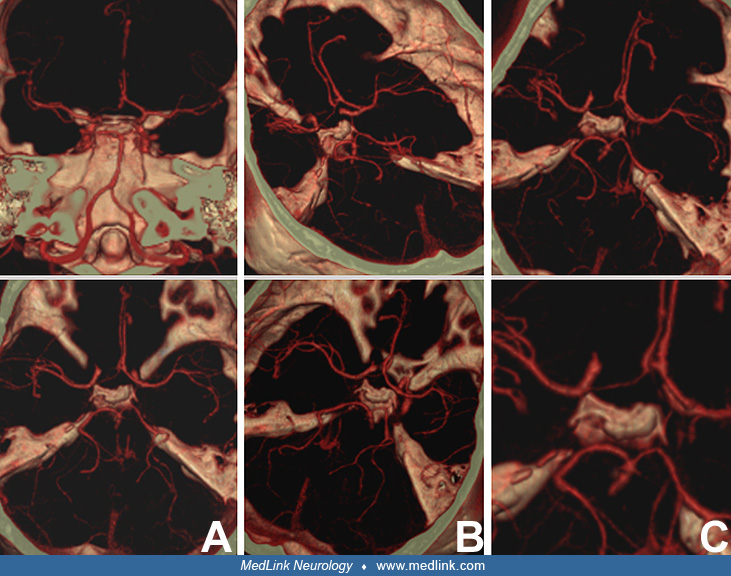 Three months after initial presentation, there is significant improvement in the appearance of the multifocal abnormalities previously noted in the intracranial arteries. The intracranial arteries are now almost normal in appearance. There is mild residual irregularity of the basilar artery, without significant stenosis. There is residual irregularity of the distal M2 branches and both pericallosal arteries. The proximal anterior and middle cerebral arteries are essentially normal in appearance. (Contributed by Dr. Jose Biller.)