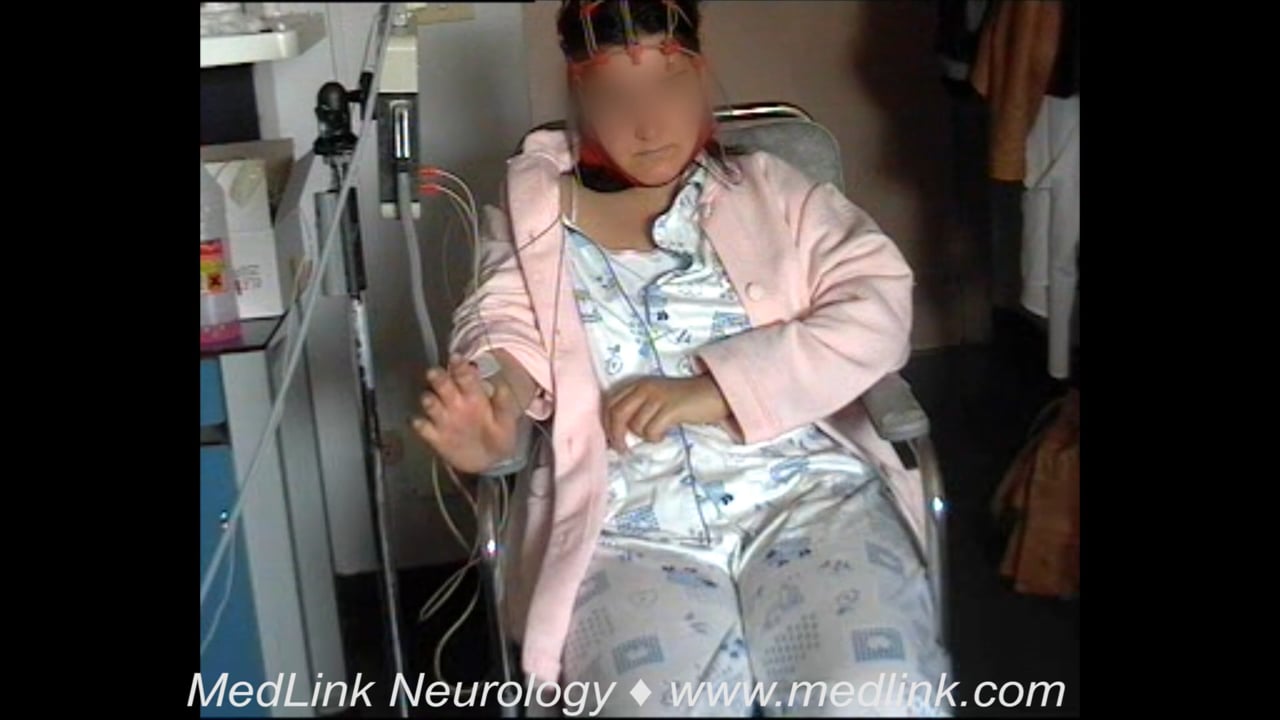 A 16-year-old girl with continuous clonic jerks involving her right arm and lasting for weeks with no effect of antiseizure treatment. The girl’s clinical history was unremarkable before seizure onset. (Contributed by Dr. Pasquale Striano.)