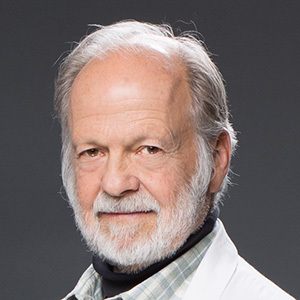 Founding Editorial Board Member since 1992: Epilepsy

Dr. Engel is Director of the Seizure Disorder Center, The Jonathan Sinay Distinguished Professor of Neurology, Neurobiology, and Psychiatry and Biobehavioral Sciences, and a member of the Brain Research Institute at UCLA. He received his undergraduate degree from Cornell University, his advanced degrees from Stanford University, and completed his training in neurology at Albert Einstein College of Medicine.

Dr. Engel is past president of the American Clinical Neurophysiology Society , the American Epilepsy Society , and the International League against Epilepsy, and is past co-chair of the World Health Organization Global Campaign against Epilepsy. His bibliography lists over 1,000 publications and over 30 books, including Epilepsy: A Comprehensive Textbook, Surgical Treatment of the Epilepsies, The Treatment of Epilepsy, and Seizures and Epilepsy. He is principal investigator on two research grants from the National Institute of Neurological Disorders and Stroke, and has received numerous awards and honors, including a Fulbright Scholarship, a Guggenheim Fellowship, a Javits Award from the National Institutes of Health, and the Life-Time Achievement Award from the International League against Epilepsy.

Dr. Engel of the David Geffen School of Medicine at the University of California, Los Angeles, received an honorarium from Eisai as a consultant.