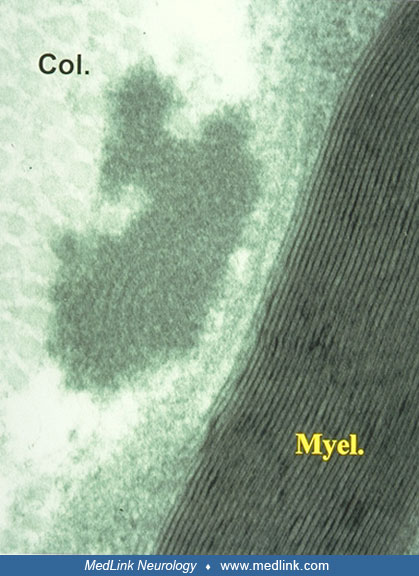 At higher magnification the dark deposits appeared to be comprised of tubular aggregates. Their ultrastructural appearance is identical to that seen in the serum. Myelin: Myel. Original magnification: x 73000. (Contributed by Dr. Jean-Michel Vallat.)