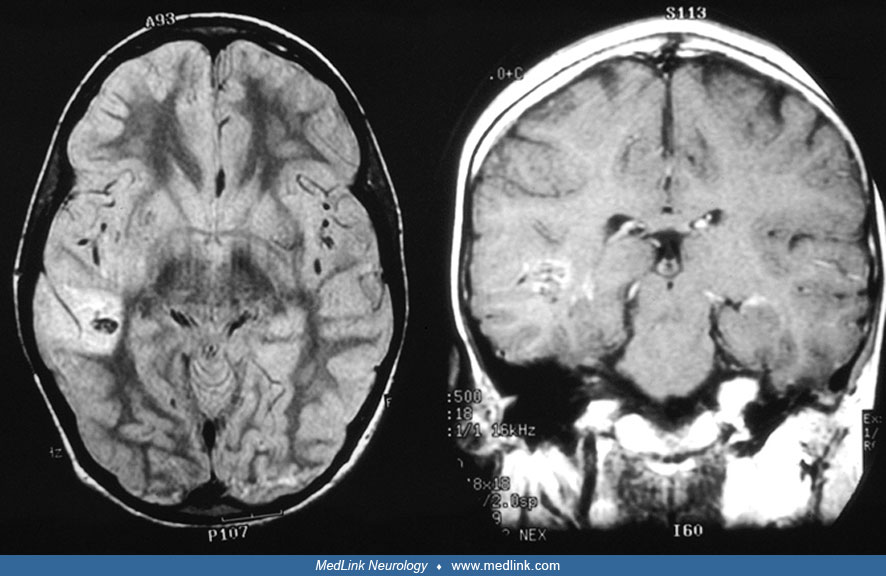 The lesion of this 9-year-old girl who has had seizures for more than 3 years is cortically based and has a hyperintense signal on the T2-weighted MR image (left) with a multicystic component that was mistaken for the flow-voids of a cavernous angioma. On the T1-weighted image with gadolinium (right), the lesion is isointense to surrounding brain with some serpentine contrast enhancement. (Contributed by Dr. Scott Mintzer.)