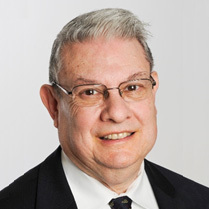 His academic interests and most research publications over many years are in the fields of neuroembryology, developmental (fetal and neonatal) neuropathology, brain malformations, neonatal neurology and the neuropathology of childhood epilepsy. He serves on the Editorial Boards of 9 journals and has 180 research publications in peer-reviewed journals; he has authored, co-authored or edited 12 textbooks, and has contributed chapters to 120 other specialty books and monographs. He serves on the ILAE Commission on Neuropathology.

Distinguished awards include giving the keynote Gordon Mathieson Lecture at the 50th anniversary meeting of the Canadian Association of Neuropathologists in 2010, the Bernard Sachs Research Award and Lecture at the 45th annual meeting of the Child Neurology Society in 2016, and having an annual endowed lectureship in his name at the University of Calgary, the Harvey Sarnat Developmental Neuroanatomy and Neuropathology Lectureship, since 2013. He is a frequent invited speaker at many medical congresses and institutions within Canada and internationally in Europe, Latin America, Japan, Australia and the U.S.

Dr. Sarnat of the University of Calgary has no relevant financial relationships to disclose.